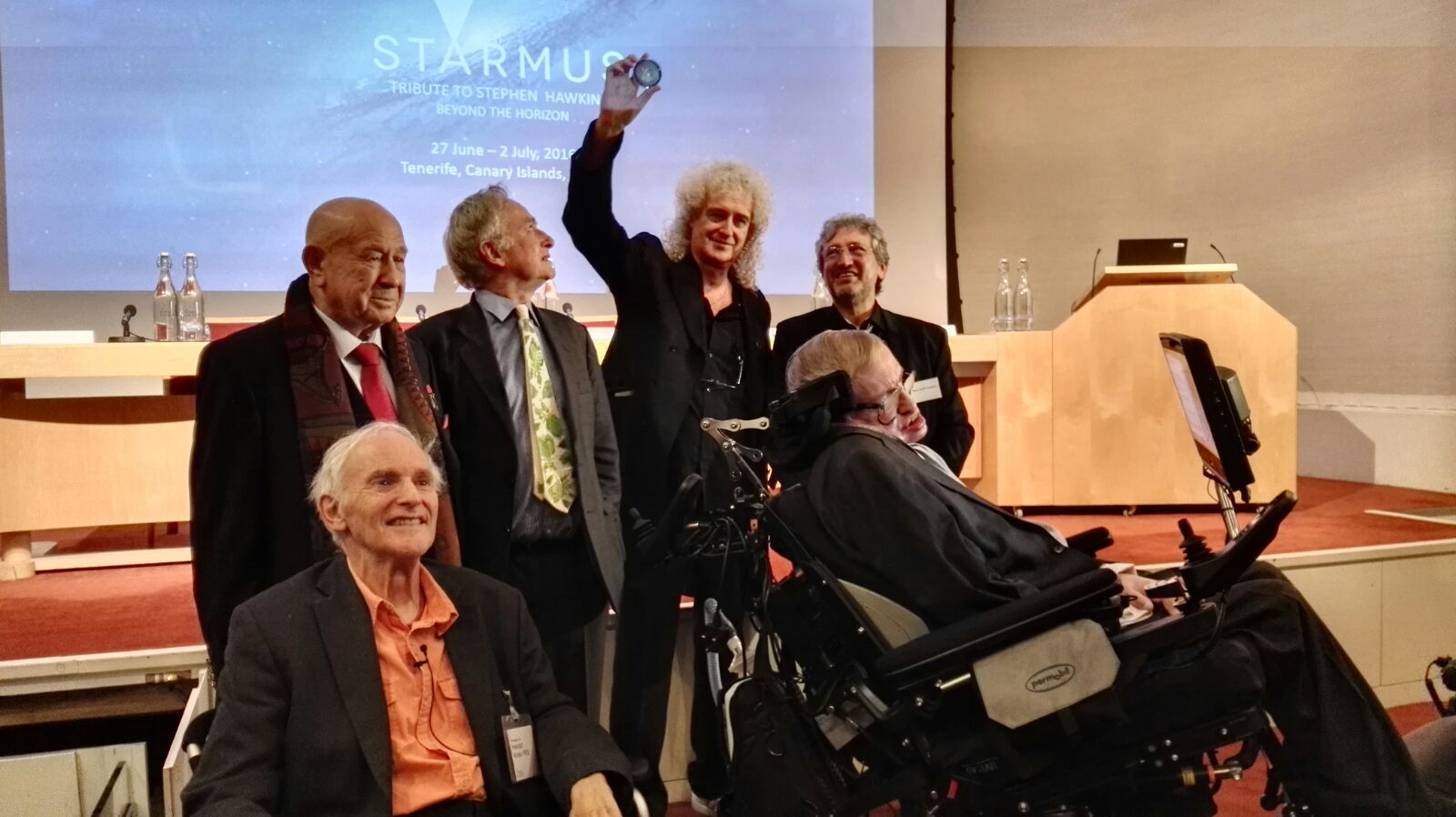 The first of its kind, the Medal will recognize the work of those helping to promote the public awareness of science through different disciplines such as music, arts and cinema. Each year, three Medals will be awarded at the STARMUS International Science and Arts Festival in Tenerife.

The Stephen Hawking Medals will award Science Communicator of the Year in three categories:

At today’s launch at the Royal Society in London, Stephen Hawking outlined his vision for science communication, saying:

‘By engaging with everyone from school children to politicians to pensioners, science communicators put science right at the heart of daily life. Bringing science to the people brings people into science. This matters to me, to you, to the world as a whole.

Therefore I am very pleased to support and honour the work of science communicators and look forward to awarding The Stephen Hawking Medal next summer at the Starmus Festival in Tenerife. I hope to see you all there.’

‘This award is a milestone in the history of science, spearheaded by one of the most famous scientists and inspiring figures of our time, Professor Stephen Hawking. As part of this tribute and our desire to bring science and space to the general public, Starmus has created a ground-breaking initiative under the name of one of the greatest scientists in history.’

In addition to this, Professor Israelian revealed that there will be ‘citizen participation through a public voting process on social media to decide the winner of The Starmus Science Communicator of the Year – Filmmaker category, inviting the general public to participate in the awards and make history.’

A portrait of Stephen Hawking by cosmonaut Alexei Leonov, the first man to walk in space, has formed the design of the Medal. Leonov commented:

‘Rarely is the life of the artist such a success and so I am very proud that my portrait of Sir Stephen Hawking, a historical figure of world importance, was chosen for this Medal. This Medal is not just a piece of paper, but a visible and tangible object that will inspire reflection for its winners. It is an honour for me.’

As well as the speakers panel unveiling the Medal, many special guests participated in the press conference, including Phantom of the Opera singer Sarah Brightman, having recently joined the Starmus music panel, and renowned composer Hans Zimmer.

Dara O’Briain, Prof. Brian Cox OBE and Prof. Kip Thorne were also in attendance, alongside representatives of the Canary Islands, privileged setting of the festival, including Managing Director of The Canary Islands Tourism Board, Ms. María Méndez, and the Councillor for Tourism in Tenerife, Mr. Alberto Bernabé, attended the presentation.