THREE LEGENDARY MOONWALKERS TO LAND IN NORWAY AND SHARE THEIR STORIES, TOGETHER, FOR THE VERY FIRST TIME AT STARMUS IV 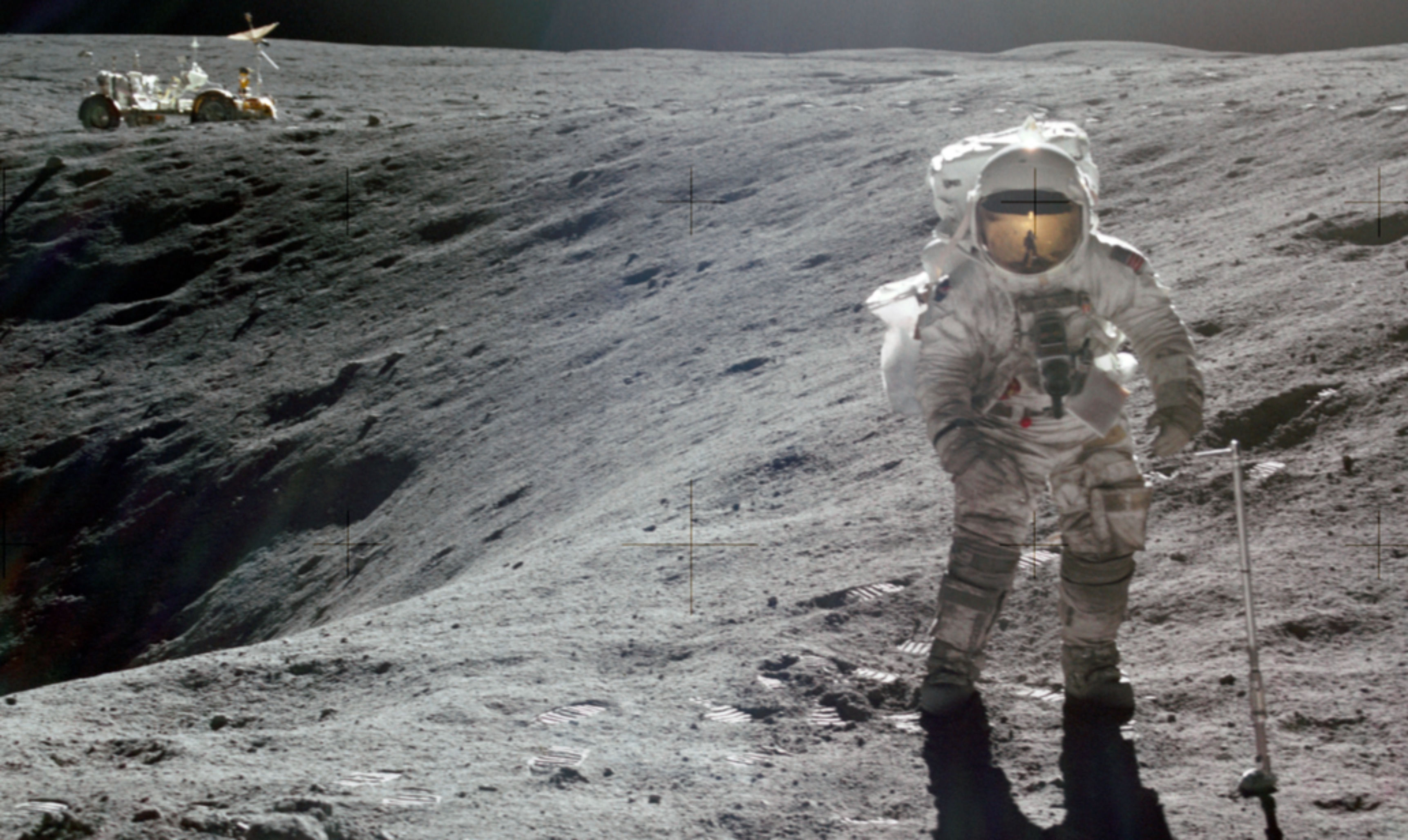 Buzz Aldrin, Charlie Duke & Harrison Schmitt will unite for the first time in front of an audience of thousands in Norway’s scientific capital, Trondheim, as part of Starmus IV festival. They will take part in a thrilling hour-long debate, titled “To The Moon And Beyond.” The three moonwalkers will explore their incredible landings decades later and will share their different views on future missions to Mars.

“It has been my privilege to have attended two previous Starmus Conferences. I have never attended a conference with a more distinguished group of speakers. From Nobel Laureates to space voyagers to top scientists.The lectures were all informative, thought provoking and entertaining. I look forward to participating in Starmus IV, especially the panel discussion with my fellow moonwalkers.”

“Starmus festivals invoke many passions for science and the arts. They embody the ingenious idea of combining these endeavors in public presentations and vigorous interactions. I look forward to returning to Norway in June and joining STARMUS 2017 in discussions about “Life in the Universe”. Indeed, missions to the Moon, including my Apollo 17 lunar landing nearly 45 years ago, provide new geo-biological insights into the life-forming environment of our early planet Earth.”

Part of Buzz Aldrin’s story: Selected by NASA in 1963 into the third group of astronauts, Aldrin was the first with a doctorate and became known as “Dr. Rendezvous.” The docking and rendezvous techniques he devised for spacecraft in Earth and lunar orbit became critical to the success of the Gemini and Apollo programs, and are still used today. He pioneered underwater training techniques to simulate spacewalking. In 1966 on the Gemini 12 orbital mission, Buzz performed the world’s first successful spacewalk – extra-vehicular activity (EVA), and set a new EVA record of 5 1⁄2 hours. During that mission he also took the first ‘selfie’ in space.

On July 20, 1969, Buzz and Neil Armstrong made their historic Apollo 11 moonwalk, becoming the first two humans to set foot on another world. An estimated 600 million people – at that time, the world’s largest television

audience in history – witnessed this unprecedented heroic endeavor. Upon returning from the moon, Buzz was decorated with the Presidential Medal of Freedom and numerous awards all over the world. Named after Buzz are Asteroid “6470 Aldrin” and the “Aldrin Crater” on the moon. In 2011 along with his Apollo 11 crew mates Neil Armstrong and Michael Collins, he received the Congressional Gold Medal.

In October of 2014 he revamped his ShareSpace Foundation to be focused on STEAM Education – Science, Technology, Engineering, Arts and Math to ignite the spark and fuel excitement for space in kids –Specifically for K-8. In August of 2015 he launched the Buzz Aldrin Space Institute at Florida Tech to promote and develop his vision of a permanent human settlement on the planet Mars.

Since retiring from NASA and the U.S. Air Force, Col. Aldrin calls himself a Global Statesman for Space and has remained a tireless advocate for human space exploration.

Part of Harrison Schmitt’s story: In 1965, NASA selected Schmitt as one of the first scientist-astronauts. As a civilian, Schmitt received Air Force jet pilot wings in 1966 and Navy helicopter wings in 1967, logging more than 2100 hours of flying time. Schmitt became the Lunar Module Pilot on Apollo 17 and, on December 11, 1972, became the last person to step on the Moon. New Mexico elected Schmitt as its United States Senator in 1976, where he served a six-year term before entering the business world as an aerospace and earth science consultant. He has served on numerous corporate and non-profit boards and currently is Lead Director of the Orbital Sciences Corporation.

Schmitt lives in New Mexico with his wife, Teresa Fitzgibbon, and a number of four-legged children. He continues to consult, write, and speak on matters of public policy, aerospace, and planetary science.

Part of Charlie Duke’s story: Duke is an American engineer, retired U.S. Air Force officer, test pilot, and a former astronaut for NASA. As Lunar Module Pilot for Apollo 16 in 1972, he became the tenth and youngest person to walk on the Moon.

The Apollo 16 mission is considered one of the most successful, due to the number of experiments performed on lunar terrain, and the amount of rocky material brought to Earth. In April 1966, Duke was one of the 19 selected for NASA’s fifth group of astronauts. In 1969, he was a member of the astronaut support crew for Apollo 10. He then served as CAPCOM for Apollo 11, the first landing on the Moon, where his distinctive Southern drawl became familiar to audiences around the world. As CAPCOM, he became the voice of a Mission Control nervous by a long landing that almost expended all of the Lunar Module Eagle’s fuel. Duke’s first words to the Apollo 11 crew on the surface of the Moon were flustered, “Roger, Twank… Tranquility, we copy you on the ground. You got a bunch of guys about to turn blue. We’re breathing again. Thanks a lot!”

At Starmus IV the moonwalkers will bring their stories to life in a lively and engaging discussion, with fascinating details that have never been revealed before. This will be a moment in history not to be missed.

Other legendary astronauts lined up to speak at Starmus IV include Alexei Leonov, Walter Cunningham, Sandra Magnus, and Terry Virts.

Starmus IV will host more panel discussions than at the previous three festivals. The Starmus board consists of Stephen Hawking, Brian May, Peter Gabriel, Richard Dawkins, Alexei Leonov, Robert Williams, David Eicher, Jack Szostak and the festival’s founder, Garik Israelian – these great minds will devise an incredible programme, recruiting the most intelligent, creative and artistic beings on the planet.  Further additions shall be announced shortly.

For the festival’s full list of speakers so far please visit: www.starmus.com